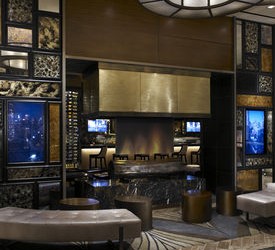 Hotel Error charge to the customer

Cristina P.E., Calgary, Al
2014-07-12
Great location. The room is clean.
The negative point was, when we checked in, the receptionist confirmed that our booking was for three nights and that the room has been paid.
When we were checking out, another receptionist told us that we were still booked for another 2 nights. I told her it was impossible, since our flight was that same day that we were checking out.
A week after, I found out that my credit card was charged the additional 2 nights, while I was never informed. I have to call the agency that we only stayed for 3 nights and that's it. The travel agency took care of investigating what happened. After one day I was informed that the hotel will credit back the charges, but the amount will depend on the present exchange rate. And was told that they also charged a cookie we got from the bar, which we never did! The charges was apparently credited back less $30. :( [Details]
The strong points
Location and cleanliness
The weak points
Communication lapses
0   0
Certified

Doug Richdale, Surrey, BC
2012-07-09
Our first trip to NYC was a dream come true. The Muse was right in the heart of everything just a half block from all the Times Square action. We walked to Rockefeller Centre, Grand Central Terminal, Central Park, Hells Kitchen, Bryant Park and afternoon tea at the Plaza. Lots of shopping right around the corner on 6th. If you get tired a cab for around $10 gets you back to the hotel. The hotel staff were just great and the room was very nice and clean. Bed and linens were very comfy. The complimentary wine every day is a nice touch. We had a room at the front overlooking the street and had no issues with street noise at all. I would not hesitate staying here again. [Details]
The strong points
Best location, great value.
The weak points
Nothing to say.
0   0
Certified 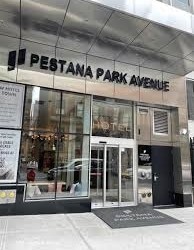 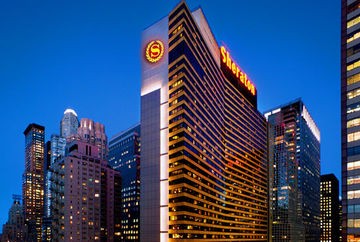