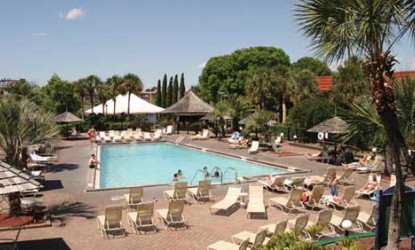 Ty Ho, Markham, ON
2012-04-30
small insects running all over the table,light table and dresser. [Details]
The strong points
shuttle bus to and from the attractions
The weak points
cleanliness
0   0
Certified

Dv, Glenboro, MB
2012-03-11
The hotel was good value for the money. The rooms were clean. Although it was a little older, most things were good. We had trouble getting hot water the first day but called the front desk and they fixed it that same day. The spout on the sink tap broke off one day, but again we phoned and it was fixed by the time we got back in the evening. The only complaint we had was the pool was too cold to use, 3 pools advertised as heated but they were not. That was disappointing.Free WiFi would have been a great benefit. Other than that it was fine. We did not eat there. [Details]
The strong points
Cleanliness: good sized rooms, staff
The weak points
Cold pools and no WiFi.
0   0
Certified

Carl, Wsaga Beach, ON
2012-03-07
We had a difficult time locating the hotel...its tucked in behind stores and restaurants on the main road and their sign is in acronyms.
We had issues checking in...the front desk informed us that RST-PREM KG meant that it was a request only, and that it was an additional charge per night for a King bed room!! I`d hope that those working in the industry would have better customer service skills and understand the Hotel Vouchers. The hotel was as to be expected at this price point. [Details]
The strong points
Transat Holidays - Peter - was amazing and sorted out our room issue
The weak points
Front desk clerk was rude and unprofessional
0   0
Certified

Kathleen Kirkpatrick, Brampton, ON
2012-03-06
Overall it was a positive experience. Only a few minor clitches that need attention and you would be up another level. I wish you had a postcard of this resort. [Details]
The strong points
Very convenient to Disney theme parks. Great locations for easy access to highways.Saline pool was awesome. Staff very friendly.Front desk was efficient. did not eat at hotel
The weak points
Ran out of toilet tissue twice! Room not made up until late afternoon (everyday) Ran out of clean towels/no pollside towels available at saline pool. our sink was plugged, within 30 mins. it was fixed. was
0   0
Certified

Kelly Muller, Toronto, ON
2011-12-01
This hotel is pretty much what one would expect staying on the strip in Kissimee. We upgraded to the premium King room and it was fine. We stayed pool side on the ground floor and we were worried about the noise of the pool but it wasn't an issue. The pool is very nice and warm and the deck is laid out well. Rooms were a little damp as it's obviously an older place but it was okay. Didn't seem like that many people were staying there but the hotel is quite large and spread out. Good location only a few mins to I4 and other main roads. [Details]
The strong points
Good wireless connection and plug in access as well.
The weak points
Front staff were acting a little innapropriate around customers but nothing too bad...just not professional.
0   0
Certified

Atef Khalla, Mississauga, ON
2011-09-17
hotel was ok the swimming pool was clean It was as expected. the price is right too [Details]
The strong points
price is right ,the hotel location is ok
The weak points
if the breakfast was included make your morning more happier
0   0
Certified

Did not exceed my expectations...

Helena, Toronto, ON
2011-01-11
We arrived early Sunday morning to hotel, tried to check in around noon but was told to come back after 3. When we got there after 3, room was not quite ready, had to wait a bit more. But, we got request for Lakeside room, facing mini golf course.

Room size very spacious, but had many problems. Sink was continuously clogged, told front desk multiple times, nothing was done about it. Some staff members very young, giving us wrong answers (ie. there is no microwave use at night, when it's available 24 hours as we later discovered).

If we left towels to be replaced, they would take old ones and not give new ones. Same with coffee cups, sometimes forgot to replenish for next day. However, replaced towels had dead bugs on them & there were dead bugs in room.

Location next to Disney was great. Shuttle to Universal left first in the morning at 7:30, a bit too early since you got there way before the park opened. Buses to Disney was later at 9am. Close to parks but far from shopping and airport - need about 30 mins drive.

I'm satisified only because the value for money was worth it. Otherwise, if you don't mind paying more, try another hotel with better service and amenities. [Details]
The strong points
*next to main highway, very convenient access to restaurants & groceries *Walgreens & Wendy's next to hotel *has 3 swimming pools *free shuttle to Disney, Universal & Sea World *large room with sitting area *fridge in room *microwave use in lobby
The weak points
*can't check in til 3pm *sink was clogged thru whole stay *forgot to replace towels and coffee/cups for next day use *bugs found in room *no microwave in room, must go to lobby & wait for one shared microwave
0   0
Certified

and that is what we recieved this time too. If you are looking for a quiet pool, there is small one away from kids( there are many vacationing disney families)
The fridge is nice as you can stock it with basic food and drinks.
Location is close to several restaurants and a grocery store.
Will go back again. [Details]
The strong points
Clean,cool, nice pools
The weak points
None really.UNLESS YOU ARE VERY PARTICULAR.DON
0   0
Certified

For the low expectations only

Alan O Connor, Ottawa, ON
2009-06-19
old and rundown due for a makeover and better appearance [Details]
The weak points
old and rundown
0   0
Certified

Monica , Ottawa, ON
2009-06-17
We returned to same hotel for a SECOND time this year!!(January AND February)friendly staff,Clean rooms,handy location,Plenty of parking.Did NOT like rooms at back of hotel on roadway,but staff explained upgrade rooms(King/poolside)and that was EXACTLY what we wanted .We choose this Hotel instead of returning to the Carribean!!this year [Details]
The strong points
King room location and pool area.Staff are very friendly!
The weak points
upstairs rooms at back of hotel.Did not like time share
0   0
Certified

Philippe Pettersen, Val-Des-Monts, QC
2009-06-16
This is a very good deal. The hotel is well spoted and the stream of services is perfect for a familly. [Details]
The strong points
If you looking for a place near Disney its perfect
The weak points
Size of room but we can't expect the more at this price.
0   0
Certified

Nice for the price

Denis Bruyere, Summerstown, ON
2009-06-13
This was a nice holiday for the 2 of us without the kids. The best western was very queit and relaxing. The rooms advertised is not what we got. We wanted a sofa in the room but they don't even have them available we were told on check in. The gym came in handy and the pools were very nice. The kids and families only come around the pool areas late in the day so it was always peaceful till then. Lots of good restaurants in walking distance. Knowing what to expext, we would likely stay again. [Details]
The strong points
nice pools, good gym but small, many restaurants closeby
The weak points
only regular rooms no efficiency or sofas
0   0
Certified 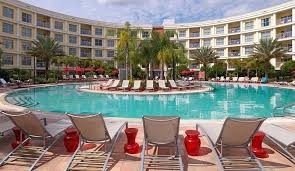