2.33 based on 3 reviews
#3 of 14 hotels The Monarc.ca popularity scale (#1/15) classifies all the hotels of a single destination according to the number of grades received on 5 and the total number of reviews. in St Maarten
Rated 3 stars
Click here for detailed ratings
Write a review now

Msmagoo, Dartmouth, NS
2022-11-15
Avoid this resort at all costs. The reviews appear to be fed by owners (there were many on site during our visit) but many one time guests were very unhappy with the poor service and unfulfilled promises at this resort.

The wait & grounds staff are mostly all friendly but they are continually short staffed and overworked. Management seems to placate guests with a lot of “oh, that's not acceptable, we'll do better” but they do not actually follow through on any of their promises. I was promised from my first complaint that gluten free food options would be made available for me & all staff would be advised what options there would be - Nothing was actually done - I had to have the head chef come out every lunch (when he was there) to make me something to eat. He was not always there & I went without lunch, and dinners when Ocean's restaurant was closed (plus Saturday after checkout). Staff took to avoiding serving our table because they knew they had nothing for me to eat & they'd have to call the Chef over. The bartender at Gizmo's is rude, unless you are an owner. Many of the staff are not happy with management and had no problem telling us as many guests were taking out their frustrations on them.

My husband had his own complaints and asked to speak to someone higher up than Tina Hamm (whom I spoke to about the lack of gluten free options when we arrived, but she did nothing) and no one ever got back to him.

- It was raining (torrential, with much flooding) when we arrived, understanding no one controls the weather, but there are no umbrellas for guests to use and by the time we got to our room we were completely soaked, as was our luggage. It rained for the first few days & we just had to get used to being wet, even while eating at lunch (only option for lunch was the outdoor snack bars)
- We booked the upgrade to the Oceans room, which promised daily housekeeping. We had our room cleaned & towels changed twice in total during our stay.
- Oceans upgrades were supposed to have VIP check in/check out; this does NOT appear to exist at this resort
- They were always out of beach towels but we were lucky enough to get the last 2 on our second day. We were NOT able to exchange them because they were always out, so used the same salty sweaty towels for the entire week
- We requested a tea kettle for our room on the first night. None was ever sent up.
- We requested bottles of water for our in room fridge (instead of soda) and were told they do not provide water for the rooms, we'd have to get it at the bar when we wanted it. The tap water was only ever tepid and never cold.
- We were told by concierge that we could rent scuba tanks at AquaMania and do shore diving. Aquamania told us they don't do that anymore.
- There are NO air conditioned options for lunch (temps were 38C for the week), and when it is pouring rain, there is limited cover as the 2 places opened during that time are outdoor grills.
- The online lunch menu's will say there are gluten free options, but when we got there we were told they don't have that menu any longer and salad was my only option. Daily it was a fight to get something & I had to request it directly from the chef on the days he was there, otherwise I didn't eat.
- Outdoor tables & seating were not dried off after rains (we sat at wet tables/chairs hours after rains had stopped)
- Many people were sick (season colds?) at the resort & the hand sanitizer stations were often empty
- The fridge was stocked with 2 Coke, 2 Sprite & 2 Diet Coke and never replenished during our entire stay.
- Pool chairs & tables didn't seem to ever be wiped down. Many were covered in bird droppings and spilled food
- NO VIP checkout as advertised, waited in a long line for to check out.
- Check out is at 10am and the all inclusive perks (meals/drinks) stop at that time. The shuttle to the airport did not come until 2pm so we had to pay extra for lunch/drinks on our last day (I didn't eat again, as they don't have gluten free options)

Meals - we paid for All Inclusive:
Saturday
- Dinner was fine at Pure Oceans, was able to get GF options
Sunday
- Breakfast options (GF) were eggs, sausage, limited basic fruits, some processed meat slices and cheese slices
- Lunch was a nightmare starting on day 1. NONE of the restaurants had gluten free anything other than salads. Had to complain to Kitchen Manager who had Chef Julio come out & I ended up having chicken Cesar salad (swimming in salty creamy Cesar dressing) and was promised there would be options for lunches in future. This was a lie.
- Sea Breeze & Gizmos only 2 places open for lunch
- Dinner was fine at Pure Oceans again.
Monday
- Breakfast was the same (and remained the same all week) 1 egg, a few slices of melon, maybe a banana if I was lucky, and 2 sausages
- Lunch was plain fried chicken wings with salty ranch dressing. Nothing else, unless I wanted salad
- Dinner was fine at Pure Oceans
Tuesday ***PURE OCEANS was CLOSED for the evening
- Breakfast: see above
- Lunch was a nightmare again. Chef Julio was not working & again I was offered salad. Salad is NOT a meal, it's a side. I ate my own GF granola bar & nuts for lunch
- Dinner was also a nightmare. Nothing GF at Gizmo's again, tried at Seabreeze, nothing there, last resort was The Shack. They were able to cook Fajita's for me, but could not provide anything to wrap them in so I ate the meat & limited veggies from the pan.
Wednesday
- Breakfast: see above
- Lunch Chicken wings (took an hour to get served & another to get food)
- Dinner was fine at Pure Oceans
Thursday ***PURE OCEANS was CLOSED for a 2nd night during our stay, as was The Shack
- Breakfast: see above
- Lunch same plain Chicken wings again
- Dinner - dry overcooked tuna and a plate of lettuce with some shredded carrots. Not fit to eat, I once again ate granola & nuts brought from home.
Friday
- Breakfast lineup at the door was very long, short staffed once again & many very unhappy people. Same food as the rest of the week. Tables were still dirty, the stack of plates in 2 cubby's were dirty (something spilled on them? Staff made no attempt to clean anything). Had to pour our own waters, and no one came around to serve our table
- Lunch was a fight again. We tried both Sea Breaze & Gizmo's. After waiting for almost an hour & flagged someone down for a menu (after they served the table beside us that had been seated for less than 5 minutes) Once again I was told they had nothing I could eat, “sorry”. I went to the Front Desk to demand once again that I speak with a manager. By the time the Food Manager came out to speak with me. He asked me what he could make for me & I said simple - just maybe chicken skewers and some fresh fruits & vegetables. It took a further 30 minutes for my husband to get his food (once again we did not eat together) and when my food was brought out it was a shrimp & veggie salad with some roasted vegetables - not even close to what I had requested.
- Dinner, today's entree options were ALL for an additional up charge.
Saturday
- Breakfast as above
- No lunch provided as checkout is at 10am (shuttle was at 2pm) and all benefits end at checkout. [Details]
The strong points
Great snorkelling out to the Tiki Hut with lots of sea life
The weak points
Not Gluten Friendly VIP service (although paid for) non-existent Empty Promises from Managment Always out of beach towels Poor room housekeeping Service slow No water in rooms
0   0

James Wolfgang, Nanaimo, BC
2010-07-01
We were not given the room we had booked. The room was in the middle of the coplex and looked outo a rocky beach facing Big Bay. They were very reluctant to move us and downgraded us to a Studio Suite. They would not re-imburse the difference or even give us a credit for use at the resort. They were not busy and the 1 bedroom suites in our complex were vacant. The housekeeping control was sloppy with 3 days without kleenex and 2 days without paper towels being replaced. They had a very complex and expensive list of penalties for violations of their rules. Example: if you were one hour late on checkout the penalty was $100US. As I mentioned they were not busy as it is low season but when we requested a 30 minute extension on checkout they told us it would cost $50US so we had to sit in the guest lounge for 2 hours before our airport transfer came to. I would seriously consider whether I would go back to that facility. [Details]
The strong points
Food in the restaurant, though fairly expensive was very good with large portions. The beach was good and quite accessible.
The weak points
We found the front desk staff quite unfriendly and reluctant to try and accomodate us.
0   0
Certified 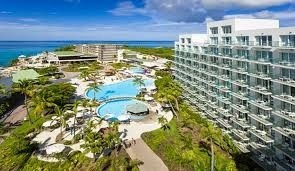 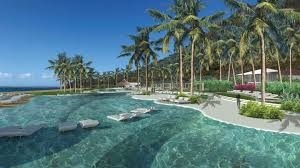