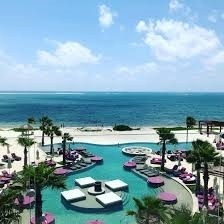 3.00 based on 1 review
#88 of 125 hotels The Monarc.ca popularity scale (#1/15) classifies all the hotels of a single destination according to the number of grades received on 5 and the total number of reviews. in Riviera Maya
Rated 5 stars
Click here for detailed ratings
Write a review now

Know What You Are Getting

Jeff, Bowmanville, ON
2021-10-10
The hotel is suggested to be a mix of Secrets / Breathless. Secrets for couples and Breathless for those more inclined to party. The Secrets side is supposed to be only for Secrets customers. The problem is, Breathless customers, figure out room numbers for the Secret side and come over.

On the plus side, the staff is some of the best of any resort/cruise (yes, cruise) we've ever had. Multiple times those around the pool commented on how the staff was trying their best to make our vacations the best they could.

Breathless customers also share building 3 (middle of both resorts). We had Breathless party goers in the rooms beneath us, who partied to morning. Multiple calls to the front desk did not stop this issue. This was less than pleasant for those of us who were there to relax.

The other major issue is the food. It's a solid 3 out of 5 at best. Ribeye steak was full of grizzle, the burgers were.... questionable (there was a debate around the pool as to the meat content of the burgers). The beachside pizza was ok, some other guests really enjoyed them. More importantly, the alcohol was not top-shelf. Not even close! Warning, if you want quality drinks, this is not the resort for you!! There is a bait and switch here. For example, the drink cart that travels around the pools says "Belvedere" on the side but never had any. There is a small (200 ml) Belvedere bottle in your room but it's only a "welcome" bottle. After the tequila tasting, tried to get anejo or extra anejo for drinks but was told they didn't stock it (pretty sure I saw the bottle behind the bar).

Anyone worried about COVID, set your mind at ease. The rooms and resort are very clean with staff constantly cleaning/disinfecting. Again, think the staff was doing their best. We couldn't think of a time when we saw staff inside without a mask on (the only staff without a mask were the entertainment crew while they were outside). Setting up the PCR test was easy with the test taken at the appointed time. We had the results in about 18 hours.

The spa, you should know that if you are used a quiet place for relaxing, beware. With the party crowd at the resort, they also found their way to the spa. We did hydrotherapy several times and had to contend with the party crowd continuing their festivities in the spa. We get that it's hard for staff to control these people but the loud yelling didn't make our spa experience what we might have hoped. We did have a couples facial and would recommend it as good value for your money (and it's a separate area away from others).

The entertainment was a mix of open-air party (Breathless side) and singers/shows (Secrets side). The Gentleman's Show at Secrets was fantastic as was the one singer. These weren't every night so there was a hit/miss feeling about what you might get on the Secret's side. The crowd at Secrets was smaller but because of that you got to know many of the other guests.

One other thing we should mention, the on the beach yoga! The instructor was welcoming and amazing. She even did a private (not scheduled) meditation session.

This was our first Secret's and from what we had expected, found it not to be the high quality we've heard it to be. [Details]
The strong points
The staff were personable and made every effort to be supportive and welcoming. The room was well laid out and made up / cleaned regularly. The resort is small so you never walk more than 5 min to where you want to go.
The weak points
Food was by far the greatest letdown.The alcohol was second class at best.The resort is trying to cater to both the party crowd (Breathless) and couples (Secrets) which causes the couple's side to suffer.
Sanitary measures (Covid-19)
Fantastic! Very very clean and disinfected. Staff wore masks and would ask non-mask-wearing customers to put masks on. Really well done.
0   0
Certified 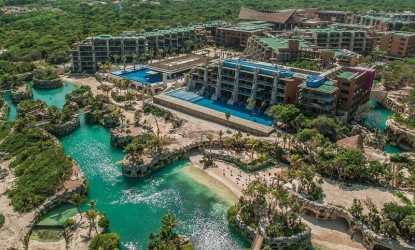 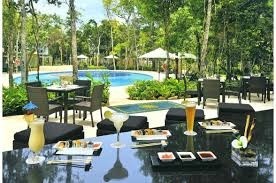 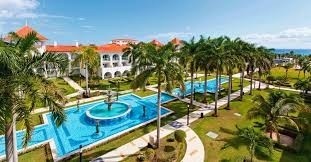 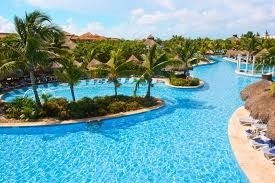 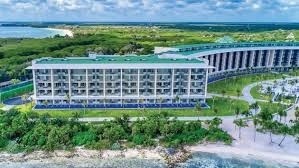 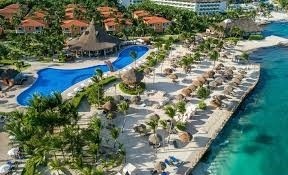