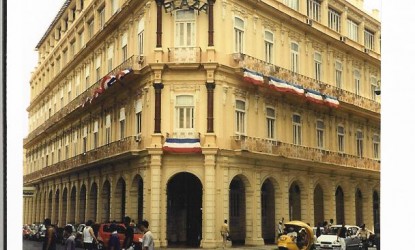 Shahid Saeed Khan, Toronto, ON
2018-07-18
Our 5 day stay was alright at the Plaza Hotel. Building is very impressive but the rooms itself are not well kept. Our room had LOTS of ants on the floors that would climb onto our bed and tables. I stopped using my purse because they found a home in bag. The staff were very helpful in that they were willing to help me change rooms. We explored other rooms but found they too had their shortfalls. Mainly, their bed sheets did not appear clean. We chose to stay in our room because it had a balcony which we could enjoy and the other rooms offered did not include that. The staff switched our mattresses out and sprayed the room. We ended up leaving 2 days early for a different city perhaps in hopes that we'll get a nicer hotel but overall besides the room we were satisfied with the hotel. [Details]
The strong points
nice building and staff
The weak points
ants, room condition not the best
0   0
Certified

Daniel Wong, Calgary, AB
2018-06-25
This was an older hotel. The lobby was nice and clean. Our room was large and comfortable. The location was excellent, right in the center of Havana.
We were happy with our hotel choice and the staff were friendly and helpful. [Details]
The strong points
Great location and good value for the money.
The weak points
Breakfast needs some improvement or upgrade.
0   0
Certified

DO NOT BOOK THIS HOTEL

Lewycky, Winnipeg, MB
2018-03-21
Worst hotel I have ever stayed in. Cardboard over hole in the wall. Doors stick. Had money taken from key card safe, Staff uncaring and unresponsive. Do not ruin your trip by staying at this hotel. [Details]
The strong points
Location
The weak points
Mold, thieves, dirt, bugs etc. etc.
0   0

Jfk, Vaudreuil-Dorion, HA
2015-09-13
I have been to Havana 15 times in the last 4 years. Hotel Plaza was the worst hotel I have stayed at. I usually stay at 2 or 3 star hotels like Islazul Caribbean and Colina and both have better rooms than the Plaza. The Plaza is in the midst of a serious renovation but in the meantime their status should be downgraded to a 2 Star. Here's what didn't work for me: I could not open the room door without excessive force; the TV, hair dryer and phone were not working. The mini-fridge made an awful racket while the air conditioner was barely cooling the room. There were many cracked tiles.
Usually, at a 2 or 3 star hotel in Havana, I will have 1 or 2 of the above inconveniences and in the case of both the Colina and Caribbean the staff will attend to it quickly. However, if I have to pay an additional $200. or so over the price I would get at lower ranked hotels than I feel ripped off.
The staff was not on their game either.
Overall, very disappointed. [Details]
The strong points
There was hot water for the shower.
The weak points
Inferior service. Room was falling apart - needed new tiles, paint, plaster, etc.Mini-fridge made a racket. Phone and TV not working...etc.
0   0
Certified

Sj, Ottawa, ON
2013-07-23
HOTEL LOOKS BEAUTIFUL, EXCELLENT LOCATION, BUT ROOMS ARE NOT VERY NICE. NO HOT WATER, CONTINENTAL BREAKFAST IS NOT VERY GOOD, EVEN IF YOU HAVE LOW EXPECTATIONS. SOME OF THE HOTEL STAFF WERE EXCELLENT (GREAT HOUSE KEEPING), BUT SECURITY AND SOME OF FRONT DESK STAFF ARE TERRIBLE. [Details]
The strong points
HOTEL LOCATION IS EXCELLENT, ON THE BORDER OF CENTRAL AND OLD HAVANA. ROOFTOP IS AMAZING, WITH A GREAT VIEW OF THE CITY
The weak points
THE FRONT DESK AND SECURITY ARE NOT VERY FRIENDLY, NO HOT WATER IN ROOMS, INTERNET AVAILABLE IN COMPUTER ROOM BUT EXTREMELY SLOW.
0   0
Certified

Hughson Davis, Brampton, ON
2012-10-02
Hotel was clean and the staff friendly. Having only B/F,for a 4 star it was a severe dissapointment. There was no toaster,plates and cups were always a wait.I was accosted by an outsider dressed as a hotel employee who took us to a entertainment bar called Nautiless across the park where we were gauged.We reported the incident to the management and it was settled with the police getting involved and us staying the whole night at the station.The police was kind to us,the purpotrator was arrested.The loiterrers were cleared from the doors of the hotel hotel.Otherwise we had a pleasent stay.With an expierience to remember. [Details]
The strong points
Clean, friendly,
The weak points
Basic lack of a good b/f. Coffee from a vending machine.NO toast. Lack of enough Plates and utensils.
0   0
Certified

Peewee, Marlham, ON
2009-08-27
The hotel staff was polite however, I do not think that this is a four star hotel, it was clean but not a four star. I killed three roaches and was very concern that there were others that would get into my luggage and follow me home.

My heart medication was stolen and I don't think the front desk took me seriously until I reported it to the tour people and they called security. I think it was the maid service but NOT the actual maid that cleaned my room. I had seen on several occassions a maid that could be the supervisor or maybe not with a male going into rooms between 7:30-8:00PM in the evenings.

Toilet paper is a big issue there, walk with some, they are very stingy on how much they give you, one day they left me a very small amount on the roll and I had the runs and it was a good thing that I had brought my own or I would have been "shit" out of luck.

I needed to iron at 6PM one evening and they told me that I have to wait until the morning to speak with the chamber maid regarding an iron.

There are lots of other stuff that I forgot but needless to say it may be a 4 star by CUBA'S standard but it is not a 4 star by international standard and therefore that is how it should be promoted not as a four star overall. [Details]
The strong points
The ceiling in the foyer is amazing
The weak points
The elevators sucks, they don't come when you call them and they pass you standing there up and down and sevice other floors while you wait especially in the morning for breakfast and unless someone is getting off at your floor you have a very long wait.
0   0
Certified

Jess, Ottawa, ON
2009-06-08
We booked our trip 2 days before flying. So we had no expectations. We were pleasantly surprised by Hotel Plaza's great location! I looked forward to Breakfast on the rooftop terrace every morning. The rooms are dark, but considering the time period of when the hotel was built, it makes sense. What mattered to us, was that the bathrooms and room were clean. And they were! We would definitely tell others to go back to Hotel Plaza. Well worth it for the location alone. [Details]
0   0
Certified 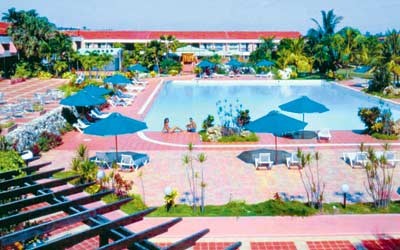 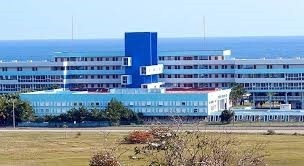