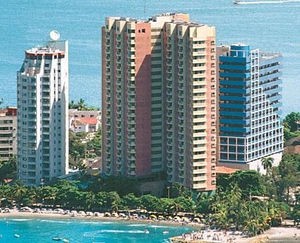 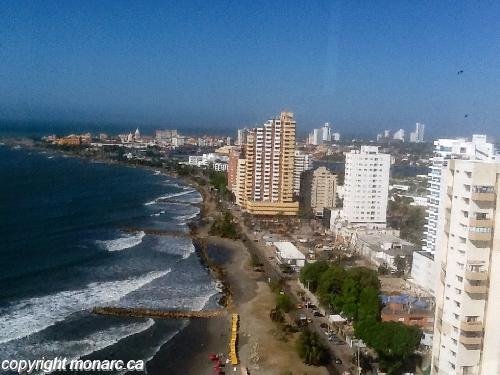 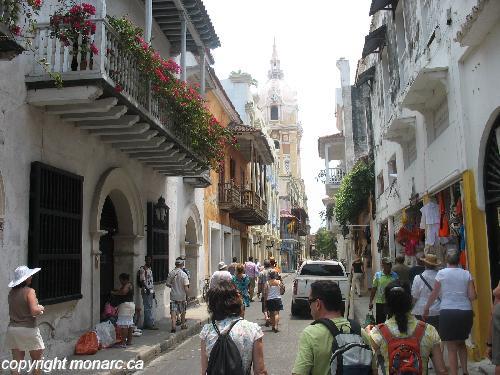 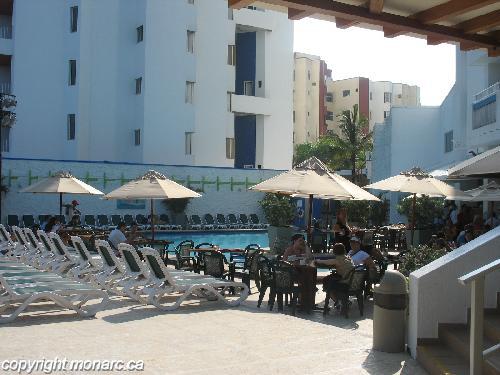 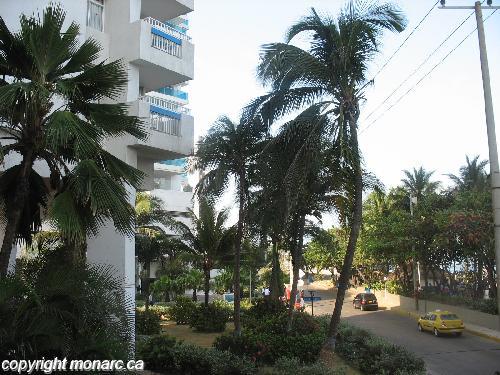 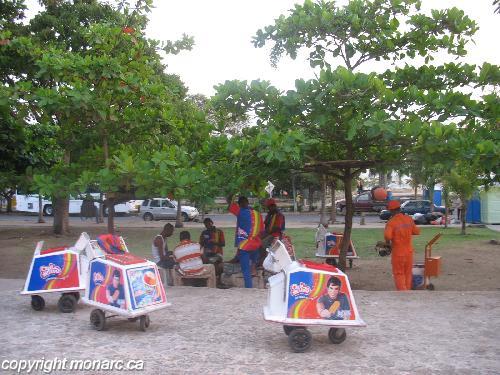 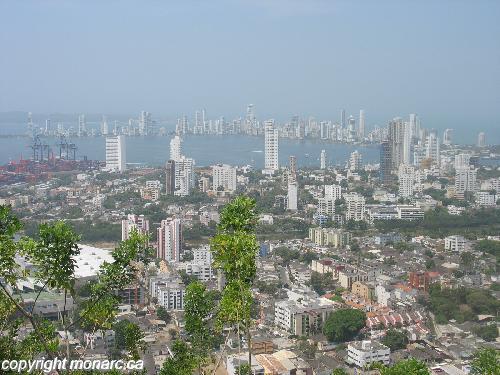 Michael, North York, ON
2014-01-29
Staff are very friendly and helpful. Great service. Food is okay. location is the best. Second time staying in this hotel. [Details]
The strong points
Location. people and service
The weak points
Internet connection only available in the lobby and around the swimmnig pool. Very limited. Food is okay.
0   0
Certified

Josie, Thamesville, ON
2013-01-18
This hotel is accurately classed as a 3*.
Rooms were a bit small, but since you're only sleeping in it, that issue was manageable. Maids did a good job--clean, enough towels, etc. Its better to tip daily then at the end as you don't always have the same maid.
Money can be easily exchanged at the front desk at a fair rate.
Internet and WiFi was included but not consistent and only available in the lobby.
Mostly Spanish speaking guests--very few spoke English, however most guests had English as a 2nd language so we could communicate adequately.
A la carte dinners were usually with other guests to fill tables, which enriched our experience. We ate with tourists from Colombia, Panama, Argentina, Curaçao, Guatemala, and Quebec and enjoyed learning about them. The food was generally good, but not as much variety as we're used to. Wine and beer were also good; mixed drinks were limited.
Location was good, but be prepared for lots of locals and peddlers--learn to say no consistently and they'll leave you alone.
Old city was amazing and definitely worth exploring.
Weather was gorgeous--cloudless blue skies daily, hot but breezy so it was comfortable.
Biggest con for us was lack of shower and bathroom accessibility on the beach.
Security staff was excellent and high police presence made you feel safe at all times.
We visited Cartagena 25 years previous and were amazed at the changes. Lots of new development, newer cars, etc..
Now is the time to visit this city--it is relatively inexpensive and loaded with interesting history. As word gets out that Colombia is once again safe, I'm sure tourism will explode. You have to make a decision on whether you want a typical resort-type vacation, or a holiday filled with local culture and history. This hotel is definitely the latter, the trade-off being that you can't expect resort-like amenities or English to be widely understood.
We stayed at this hotel 2 weeks. If we return I would consider going to Decameron Baru for a week as we heard its more upscale, but also more remote. This way we'd get the best all-around vacation. [Details]
The strong points
Location, food, price
The weak points
Lack of shower and bathroom accessibility at the beach (had to go back to the hotel to shower off ocean water and to use bathrooms)
0   0
Certified

Andrew, Montreal, QC
2012-12-22
Excellent location, hotel clean, service good. The only weak point is lack of quiet spaces, where one could sit down and rest after all day of sighseeing. The "activities" music and show very loud even inside the room. [Details]
The strong points
Excellent location,close to both old and modern towns
The weak points
Hotel very noisy, no place to rest
0   0
Certified

diane, London, ON
2012-04-07
The hotel is in a good location for access to the beach and the "Old City". It was acceptable for the price. [Details]
The strong points
Clean
The weak points
none
0   0
Certified

Angie R, Brampton, ON
2012-03-19
Was above, what we were expecting, clean, friendly & helpful staff. We were on the 22nd floor, great balcony/ocean view. Food was great, weather 34c everyday. There is NO buffet dinner. Public beach with vendors always trying to sell you things. [Details]
The strong points
All food/dishes were excellent, love the idea of evening sit down dinners.
The weak points
Too many local vendor trying to sell you stuff, beach is public.
0   0
Certified

Nice hotel but be careful at check-in

traveller, Toronto, ON
2012-03-03
On arrival at the hotel, we were quickly assigned a room and told that the room had two beds and a balcony as requested. When we got to the very small room, there was no balcony and only a small window.The air conditionner had no control in the room and we were told that everytime we need adjustment in the temperature we had to call reception. This situation was completely unaceptable and we requested another room with a balcony. We were told it is impossible because rooms with balcony only have a king size bed and being two men travellers we needed 2 beds. After much arguments we were offered an upgrade to a one bedroom suite with 3 beds for 430$Am. After much arguments we got the price reduced to 215$Am. We accepted this arrangement and after a few hours, we had an acceptable room with a balcony and the requested number of beds. At 9:00 pm. after a very long day we decided to go to bed to be assaulted with such loud music that the beds could have well been on the stage. It was like this till 11:00 pm. for the next 14 nights, so if you like to go to bed before 11:00pm. forget this hotel.
The hotel is very well situated and the beach was nice. For a 3 stars hotel, the food was very good. [Details]
The strong points
The location, the nice beach and the food service.
The weak points
the entertainment which is too loud and not very good--no quiet bars where it is possible to have a conversation--the lack of services in either English or French
0   0
Certified

Bob&Monica, Listowel, ON
2012-02-04
Weather was good ,Food was great,beer was cold,Ocean was warm. [Details]
The strong points
Food was very good at all restaurants and service was very good as well!
The weak points
To many venders on beach
0   0
Certified

William, Scarboro, ON
2012-01-28
Nice clean hotel, only a 15 minute walk along the beach (or a $5 tAXI) to the walled old town. The whole city is well lit and seemingly safe even at night. Good food and bar service but why do they make you line up everyday to reserve a restaurant for supper (the buffet closes after lunch)? The beach is public and only mediocre. [Details]
The strong points
great walks to old town and through the very new resort area
The weak points
beach; lineup for restaurant reservations
0   0
Certified

Lijian, St-Jean-Sur-Richelieu, QC
2011-03-09
the hotel is ok, but the beach is not perfect. [Details]
The strong points
weather
The weak points
beach
0   0
Certified

Esteban, Pincourt, QC
2011-02-27
We were pleased with our stay at the Decameron. Check-in was quick, staff is friendly and courteous. The room was a little run-down, but has a great ocean view. Be sure to request a room with balcony. The beach itself is fine, but the vendors are numerous and aggressive! [Details]
The strong points
Well staffed and managed. Proximity to the old city.
The weak points
Beach vendors
0   0
Certified

Luba, Thundrbay, QC
2011-02-04
From quick and efficient check-in and check-out service, to the wonderful variety and quality in food, this hotel was an excellent value. There was so much staff that kept the hotel very clean and secure.The servers at the different restaurants were extremely courteous and well-trained.There were excellent excursions through the Decameron Explorer travel service, but many free hotel activities were available for those guests who preferred a more low key experience. It was great to truly experience the Spanish culture not only through the nightly entertainment, but also by observing and interacting with the many Spanish speaking guests. [Details]
The strong points
Excellent food and varied restaurant venues.We felt very safe in hotel and its surroundings. Very friendly, polite and professional staff.
The weak points
Beach was not private and there were too many vendors.
0   0
Certified

Robert Tam, Montreal, QC
2011-01-05
Overall had a good experience at the hotel.Friendly staff, good choice of buffet style food for breakfast and lunch and good restaurants for dinner. Elevators are very slow we were thankful that we were on the 4th floor so we walked up and down to our room. Great location close to many restaurants and close to the old city.We were disappointed about not having wi-fi access and there are only 3 computers in the lobby area to use for internet. The reception and front desk were very slow to process anything. The vendors around the hotel and beach are too aggressive and too many of them. [Details]
The strong points
Great location. Good food and choice of restaurants. Friendly staff. Room service was always done even late in the afternoon.
The weak points
Front desk/reception extremely slow. Elevators are very slow. No wifi and only 3 computers in lobby area to access internet. Too many aggressive vendors right outside the hotel and at the beach.
0   0
Certified 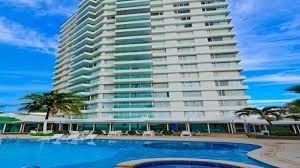 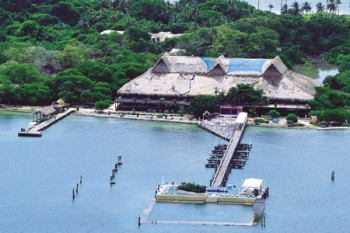 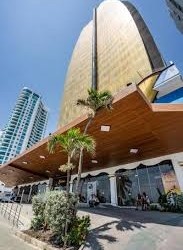