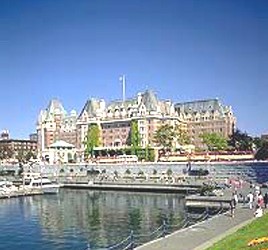 3.60 based on 10 reviews
#1 of 3 hotels The Monarc.ca popularity scale (#1/15) classifies all the hotels of a single destination according to the number of grades received on 5 and the total number of reviews. in Victoria
Rated 5 stars
Click here for detailed ratings
Write a review now

Ireneusz Abramczuk, Oakville, ON
2020-11-22
Fairmount Empress is doing a great job managing through a difficult time right now. Used the pool I was satisfied. At this price we were expecting a bit more. Most hotels have a mini var with drinks and snacks available at a cost. Complimentary battle of water... Level of service were not comparable with the price. [Details]
The strong points
The building is nice, location is perfect.
The weak points
HIDDEN PRICES. NO FREE WIFI. Nobody told us about parking FEE. We were told at checkout that we have to pay $30 per day for wifi and $33 for parking. No complimentary battle of water.
Sanitary measures (Covid-19)
Good
0   0
Certified

Shelly R, Lower Sackville, NS
2013-07-15
Professional and friendly staff and a beautiful hotel in a great location. [Details]
The strong points
Central to everything downtown.
The weak points
Room was very small, we expected it to be larger.
0   0
Certified

Beautiful hotel, shame about the service!

Holly Ablethorpe, Edmonton, AB
2012-08-13
We loved this hotel and it's location. However, the staff continued to disappoint. Especially after prepaying 450 for a dinner for two on the veranda and continuing to get neglected as we watched the table beside us get special treatment from all the service staff, managers, and even the chef himself. What a major disappointment! [Details]
The strong points
The room had a fabulous view and was in a quiet part of the hotel. The only down fall was no air conditioning on a rather hot weekend.
The weak points
The service was inconsistent and a lot was forgotten. We waited 2 hours for our bags to the room and never got a call from reception when our room was ready when promised. We also had a bad experience with our dinner service on the veranda.
0   0
Certified

Nancy Upton, Saskatoon, SK
2011-03-03
Our stay at the Empress was fantastic. Even though it had snowed upon arrival the staff ensured we had a warm and excellent stay. The room was exquisite, breakfasts were fantastic with a wide range of dishes to choose from. James Bay, Beacon Hill Park, Mile 0, the ocean, Craigdarroch Castle, Imax, were all within walking distance. Wish we could have stayed longer. [Details]
The strong points
This was my second stay at the Fairmont Empress. The hotel is stunning, the location is excellent and the view from the hotel was spectacular. Most attractions are within walking distance. Thoroughly enjoyed my stay.
The weak points
Who knew it would snow!
0   0
Certified

Leslie and Rob, Calgary, AB
2010-04-29
The Empress is a lovely landmark hotel with a rich Canadian-British tradition in Victoria, BC.

The grounds, gardens and overall condition of the hotel is fantastic. Clearly, the staff and management take pride in the property.

Unfortunately, like many hotel experiences, the satisfaction or dissatisfaction of your stay is often determined by your interaction with hotel staff.

Positives: the hotel accomodated our request to check in as early as possible by calling us on our cellphone when our room was ready. Greatly appreciated. The Restaurant staff and Gift Shop staff were fabulous: helpful, pleasant and service-oriented.

Negatives: After checking in, we proceeded to our room. The room was noticably in sub-standard condition for a hotel of its price-point and grand reputation: worn carpets and a general feeling of longterm neglect. The room was also connected to an adjoining room via door in the suite. Past experiences have shown us that you can be disturbed by late night tv noise, etc on the other side of the door so we always ask for a conventional room without an adjoining door.

Unfortunately, our original preferences in the on-line booking page were not addressed. We travel quite often and this is just "one of those things" that you encounter from time to time. It is usually resolved by a polite telephone call to the Front Desk.

As I called the Front Desk from the room, our Porter arrived with our luggage. He gleaned the situation and waited while I finished my conversation with the Front Desk. But things fell apart there. The Front Desk person acted as though our query about another room was an inconvenience to him. He asked us to wait in the room and he'd call us back shortly. In the meantime, while my wife, the Porter and I waited for a callback, the Porter broke his silence and weighed in with his opinion about adjoining rooms, unmistakedly critisizing us for exercising our right to ask for an alternative room. The last thing you want to deal with after a long flight and shuttle trip to the hotel is a surly, self-important person who works at the hotel. Talk about deflated first impressions.

The Front Desk eventually called our room and said there was nothing more available other than a "noisy room above the front doors of the hotel" until more people checked in later in the day. I asked if our President's Club status might open additional rooms to us. The answer "no". I told the Front Desk person that we were disappointed and asked if he could revisit our request later in the day and get back to us. He said he would.
He never called us again -- even over the full three days of our stay. Very disappointing service attitude by the Empress.

The final experience to relate was our interaction with the surly Porter the following day. It was raining In Victoria, we didn't pack an umbrella. My wife stopped by the Porter's Station and politely asked if we could borrow an umbrella. The Porter was alone. The Porter's response was to disinterestedly mumble something to my wife and point at the Front Desk. The message was basically "I have no time for you, go see them for help". I'd expect this kind of surly behavior at a low end hotel/motel, not a high-end hotel in a city trying to rebound from a serious recession.

There are many excellent hotel choices around the Victoria harbour. It might not be a bad idea for Empress management to re-focus some of their staff to this reality. [Details]
The strong points
Restaurants, location
The weak points
Front desk, porter, quality of room
0   0
Certified

Not too fair at fairmont

Sp, Banff, AB
2010-04-11
Location was excellent and room was clean. But....very small room. Only 1 person in the bathroom at a time. View overlooked loading dock. We were quoted $16.95/day for self-park and $29 for valet. We chose self-park and on check out were charged for valet. They stated price was same regardless. When checking in, if you choose self-park, be sure to note the name of the front-desk agent who gives you the quote. [Details]
The strong points
Great locaion
The weak points
Small room; not honest with quote on parking; line-ups at front desk.
0   0
Certified

Scenic Drive, Lacombe, AB
2010-04-06
This was just an unbelievable deal for where we were staying. The staff were so friendly in the hotel anywhere we saw them. We were upgraded to a harbor view which was great room with a view. It wasn't real busy this time of year. Would do this again with friends or family. Walking distance to everything around. We took a city bus and we didn't have to change buses either way when we went to Buchart Gardens - a must see. Recieved great discounts for things to see from Westjet vacations for things to see. [Details]
The strong points
Close to everything in the downtown area. Walked everywhere....
The weak points
None.
0   0
Certified

Lunny, Calgary, AB
2010-02-18
Impeccable service, friendly staff, and loaded with atmosphere. If you love architectural detail and historical charm, this is the hotel for you. Fabulous cocktails in the Bengal Lounge are not to be missed and breakfast in the Empress room is a feast for the eyes as well as the palate. The Empress still impresses. [Details]
The strong points
Atmosphere Service Location
The weak points
Furnishings a bit tired
0   0
Certified 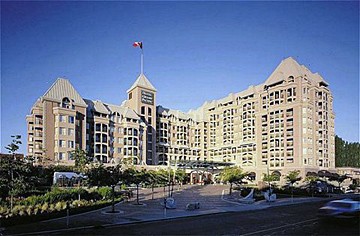