The Beach At Atlantis 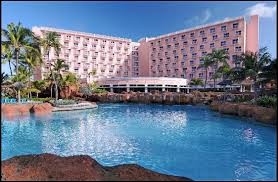 Please note this review is only for the Atlantis Resort!!! The Bahamas were beautiful and I would love to go back.

Let me start by saying I am a fairly well seasoned traveller. This is not the rantings of a first timer that did not have her dreams and expectations met.

Upon our arrival on the 12th at around noon we were told no rooms were ready, check in is at 3pm. This I understand and was prepared for, I had told my two daughters (11 & 15) to have their bathing suits on and pack a beach blanket. We made use of the beach until 3pm when I packed up ready to head to our room. Our room still was not ready, they said another 15 minutes. Ok, we could sit in the lobby for that long. We were told 15-20 minutes every time I asked up until almost 6pm that night!!! Wet and cold with no luggage!!! There was no apology for this.

After finally getting into our room we found something to eat then went to make use of the pool around 7:30pm only to find that the entire resort shuts down outside at 7pm. Pools, water slides, even the beaches. The lights are shut off on the pathways and lagoons so you can't even look at the marine life.

Around our third day there was a power outage over most of the island. I also understand that this was not something within the resorts control so I did not complain but it lasted for more than two days. Lobbies, elevators (when they were working) and stairwells were pitch black. We had to use our phones to get around. Restaurants were shut down, we had no AC or hot water in our room. We couldn't eat or shower but the casino was kept running with the back up generators. On the second night of the power outage we were woke up at around 1am by a shrill alarm coming from somewhere behind our TV. Not being able to find it I unplugged everything. It was still going. My kids were not happy. I finally called emergency services and she told me it was the surge protector behind the TV, I repeatedly told her there was nothing behind the TV and she kept insisting it was. Finally she said she would put me through to the manager, which rang and rang, no one ever answered. My daughter finally found it in a hidden compartment in the armiore the TV sits on behind a false back. Finally getting the horrifying sound to stop we had to listen to them going off across the entire floor until 3am. Again, no apology, no mention of compensation.

The only restaurant in our hotel that did not need a reservation (Seagrapes) was shut down for dinner five of the nights we were there with no explanation what so ever. Not even a sign. When I asked at the desk the response was, “don't know what's up with that.” All the beach restaurants shut down at 5pm so don't plan on grabbing a quick dinner there. Our only option was to walk down to the marina village, which was about a 10 minute walk and because it is on resort property they still charge resort prices. Burgers, fries and shakes at Johny Rockets cost us $77 for three people!!! The Seagrapes dinner buffet was $133 for two adults and a child and it was one of the cheap restaurants. In a review I read on Travelocity a man said “you could starve to death at this resort.” He wasn't far off.

Now comes the final straw... When I first booked we were only there a week but the airline had to change our flight (Which we were well compensated for, thank you Westjet) so for our last two nights at the Beach Towers I had to make a separate reservation because the first was booked as a package deal. Upon check in I informed the lady of this and asked if we would have to switch rooms. She
assured me NO we would not. I asked several times to be sure and even asked her to leave a note on the computer. She said there was nothing to worry about, I would simply have to check out and check back into my same room on the 19th. The morning of the 19th we had a 10am tour booked so i went down to check out and check back in at 9am and was told my new room would not be ready until 3pm. I of course argued this and told the man about my previous conversation. He said I was misinformed. I was being kicked out of my room. I had to run upstairs, drag my kids out of bed, throw absolutely everything into suitcases and have them stored before our tour. When we got back at 1pm I went to the desk and said “I know it's early but is there a room ready for us.” Again I was told 3pm and the rude tone of his voice set me off. I was done. I said I wanted to speak to the manager. It took 20 minutes!!! for a manager to come speak to me. His name was Dion and he was the most condescending man I had ever met. I laid everything out to him you have read above and his only response was that there was an apology sent out about the power outage but I “must have been missed.” Uh huh! Where was this apology? There were no notes, no signs, nothing slipped under my door. He ended up giving me a $200 credit, which didn't even pay for two meals. Now I'm reading online that other people had their rooms compensated.

So there you have it, this was my Atlantis experience. For the outrageous amount of money I payed to stay at this resort I was expecting a lot more.

Things to make note of....
Every day the maids forgot something. Coffee, Towels (4hrs to bring those) and Pillow cases of all the strange things.
The free wifi and water bottles... you are paying are $45 a day resort fee that is not mentioned at check in.
A $5 a day gratuity is added to your bill for the maid whether she is doing her job or not.
All restaurants add a 15% mandatory gratuity, so even if the service was terrible or you are eating at a fast food place you still have to tip.
Don't expect anyone in the high end stores to get up and ask if you need help.
You can't actually see the dolphins unless you book and expensive dolphin encounter. [Details]
The strong points
Not sure if there were any.
The weak points
Explained in my review.
0   0 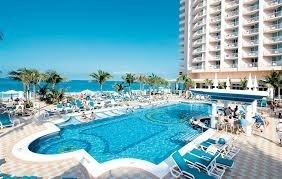 334 reviews
Families
The Royal At Atlantis